Into my 5th semester engineering is when I was introduced to Linux, more than the commands and tools, I was more interested in its installation. Red Hat Linux was the most commonly available distro at that time and installation CDs would come in a pack of 3, you had to get your partitions and boot manager configurations right to have a successful dual boot system (nothing has changed much now as well). I had installed it on so many of my friends system that I would have probably done it in my sleep! Linux Desktop at that time was very unwelcoming especially after working with WindowsXP. It was meant to be used only for Unix programming, Systems programming labs. But I liked the idea of community based OS development and how kernel and drivers were being developed.

Though I continued to use Unix/Linux at work, I always wanted Linux as my primary desktop OS, I tried Ubuntu, but always felt at home with Fedora due to my familiarity with Red Hat Linux. Though I have been using both of these distros often, Fedora has been my primary desktop OS for sometime now. Gnome 2 (now MATE) desktop environment with Compiz compositing window manager would enable you to have a fancy Desktop in the past. As Gnome-3 became mainstream for many distros and Ubuntu moved towards Unity, I chose to stick with Fedora as it was one of the first distros to use the latest Gnome-3 version. Gnome with its extensions, themes (GTK+, Icon) will enable you to have a cool desktop you always wanted. Here is my work horse

My current desktop theme and icons 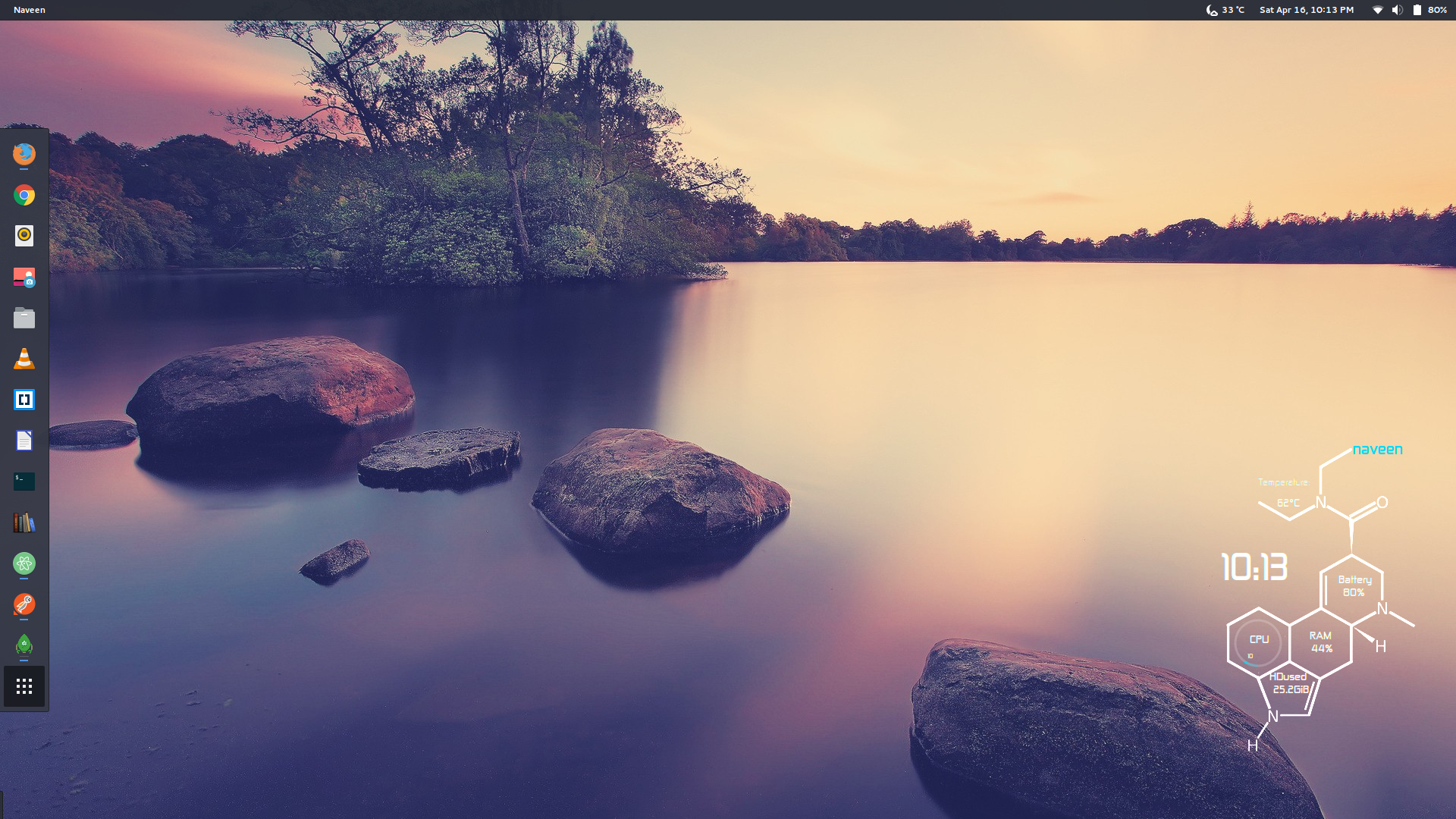 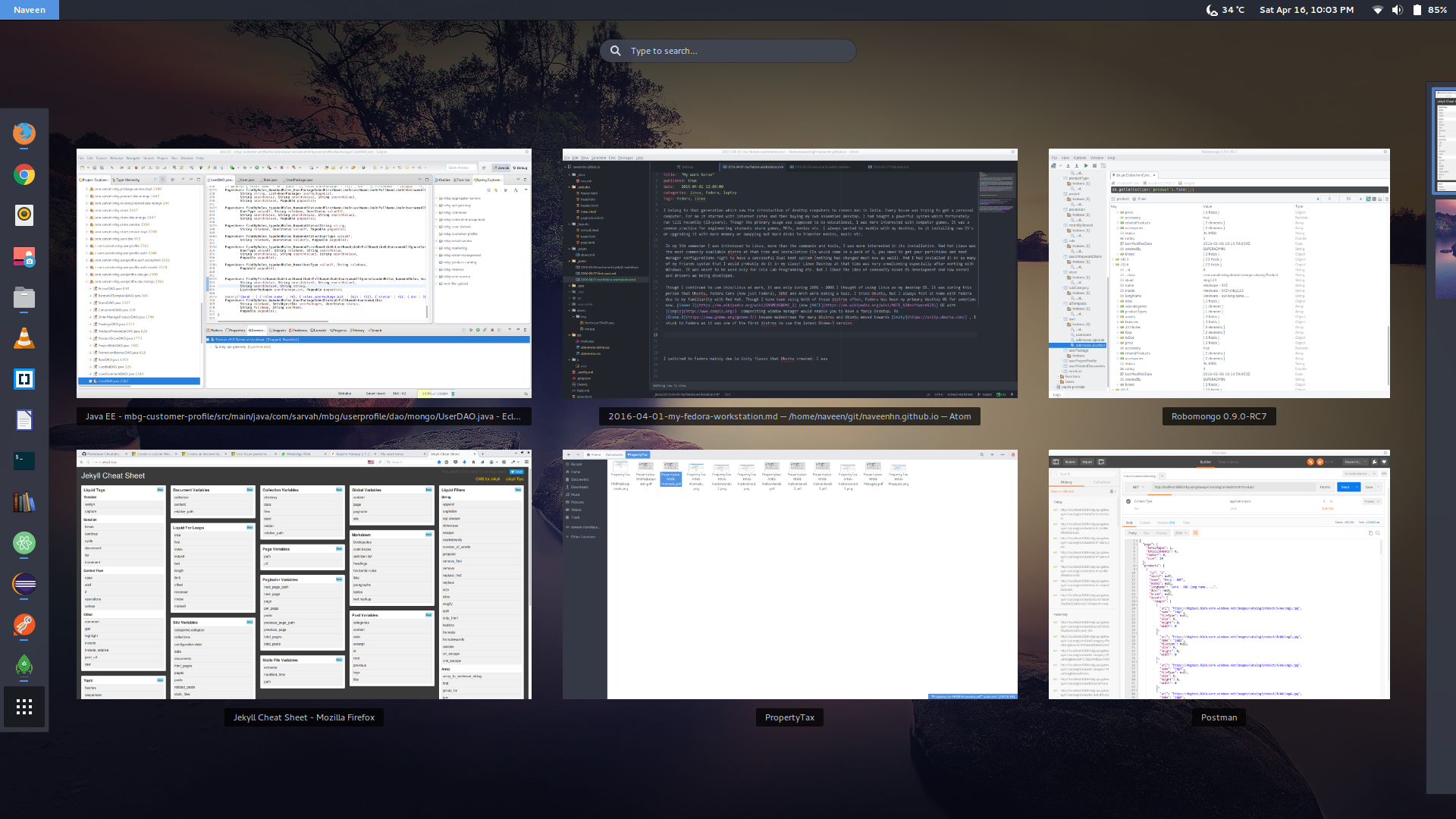 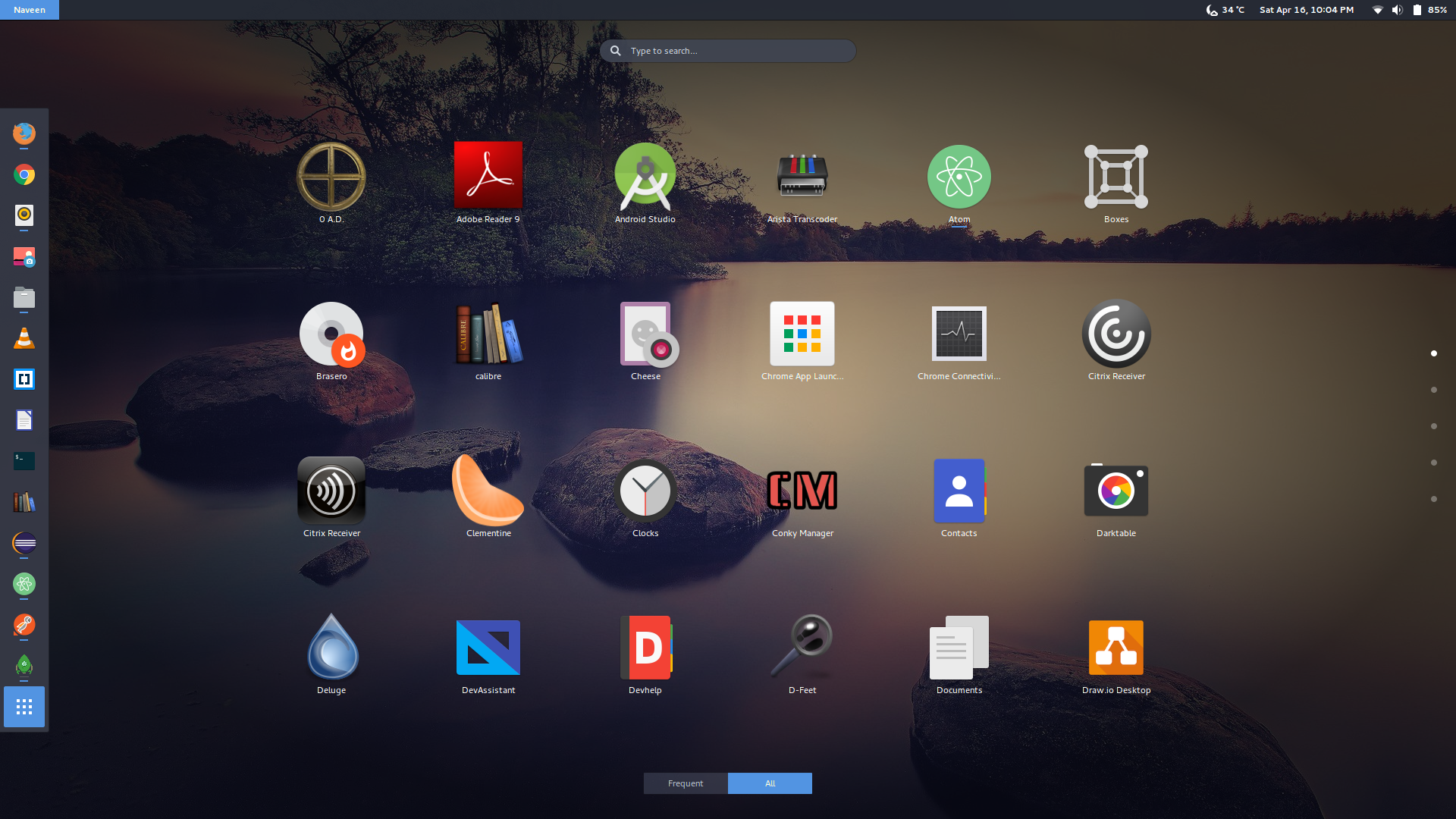 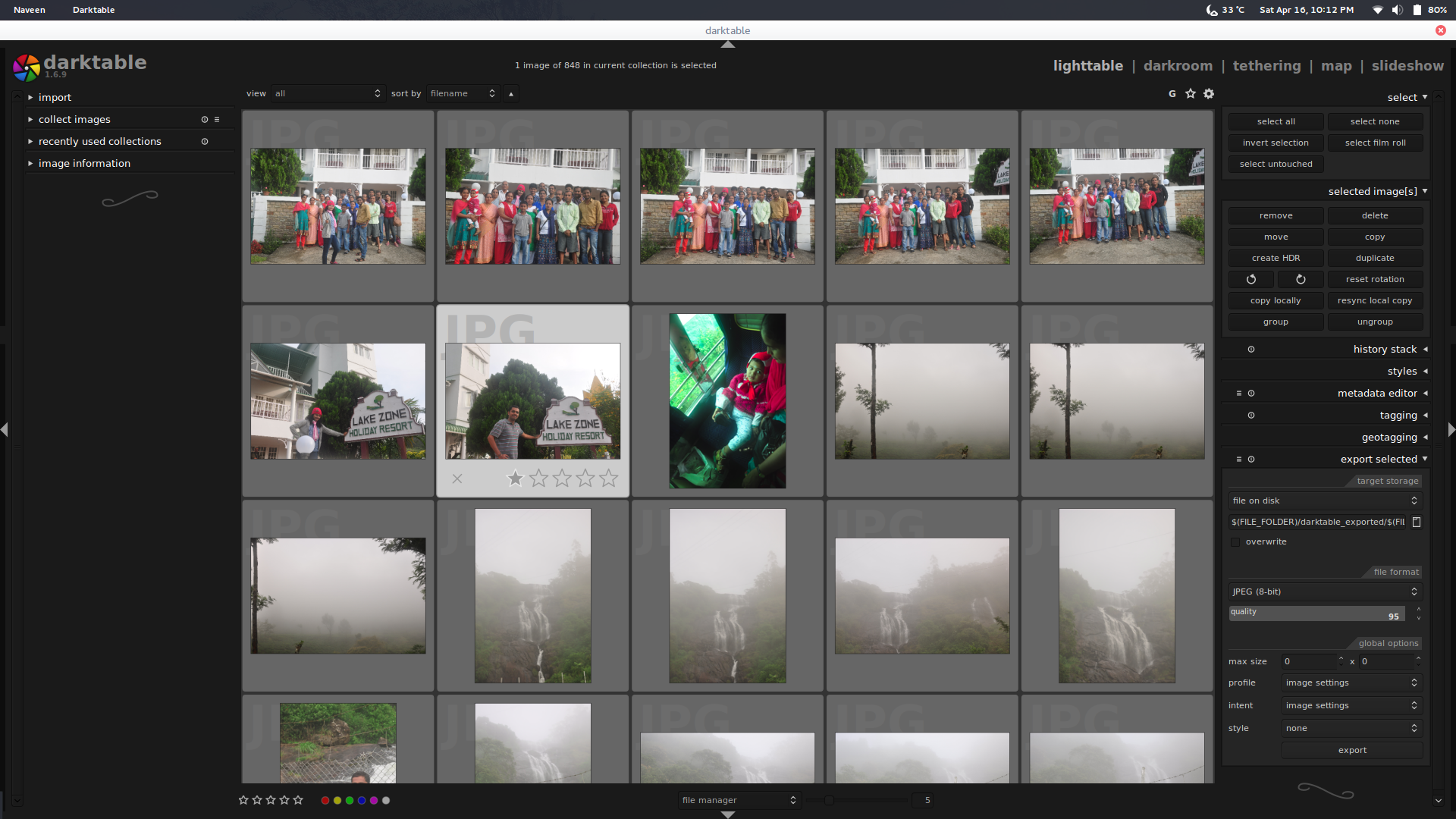 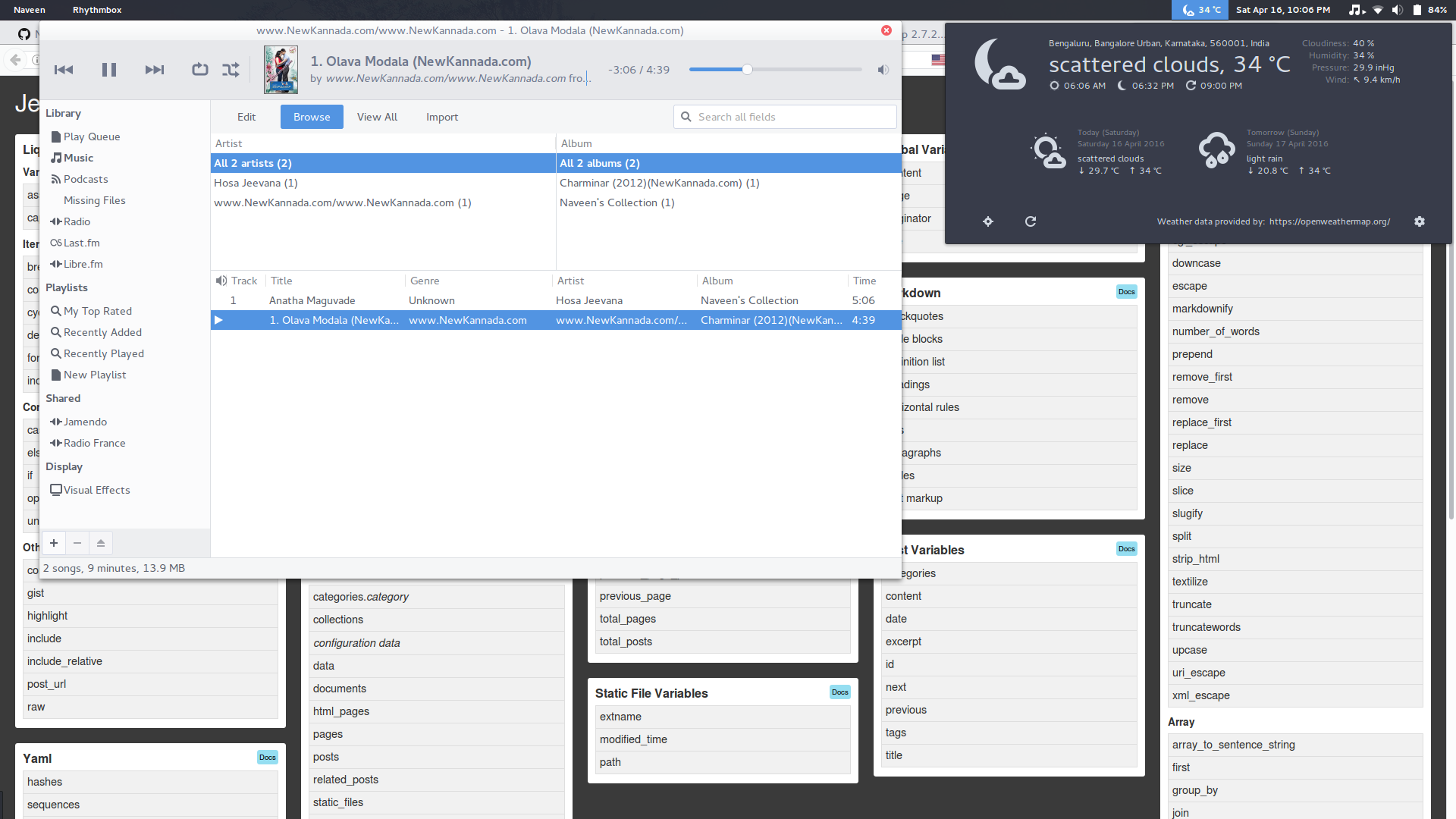 Next distros to try on my list is Arch Linux, Korora - a Fedora Remix with aesthetics, elementary OS and solus. I will try to post something about each of the OS when I try it.

First post using Jekyll! For the love of CLI